Faced with this interminable winter, which refuses to loose an iron grip, a memory surfaces: 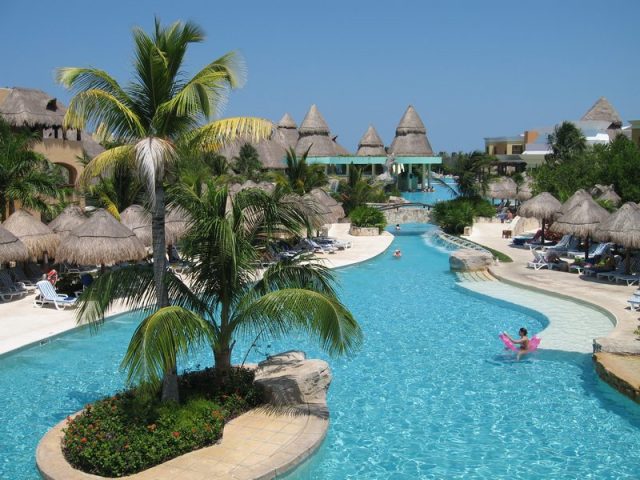 and palm fronds waving and unfurling

over the lip of tiled ledges

into a variety of pools

and small birds there

(and then not there)

and the sudden raucous “craw”

of a red macaw

and children screeching in the pool

where a blue ball bobs

There’s so much going on!

in the bright blue opal of the sky.

How could I possibly be bored?

I wrote this for Bernadette, long before she became our Irish correspondent —

This entry was posted in Etcetera, Poetry and tagged Poetry, Swimming, Vacation, Winter. Bookmark the permalink.