MATTERS OF THE HEART: A Life and Death Valentine 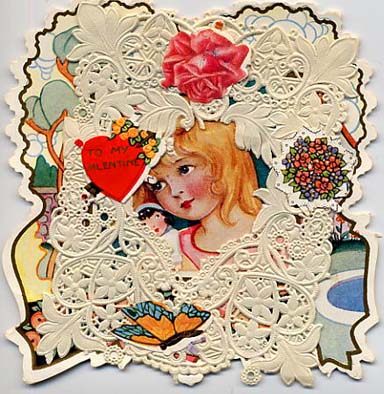 Yes, I’m back after a month of adventures, and not just back, but I’m a woman on a mission — a matter of life and death.

It’s February, month of Valentines and hearts, and here’s a quick pop quiz for you: what are the typical symptoms of a heart attack?

I was doubtful about boring those of you who are a) not women, and b) not so old as to think it might affect you. And then I realized that every person reading this right now has a mother, wife, sister, daughter, granddaughter, aunt, grandmother, female cousin, female friend — After all, women are half of the human race, and we’re all connected. Therefore matters of the heart matter to everyone. Even though this post is long, the information in it can be a matter of life or death to someone in your life, so I hope you’ll make time to read it all the way through.

Second half of pop quiz. What are typical symptoms of heart attacks in women? Are you ready for these answers:

Pain in the chest is conspicuous by its absence. Surprised? I was, when it happened to me.

I learned all this the hard way. The evening of January 4th, typing away at the computer, I was suddenly gripped (pun intended) by such intense pain in both upper arms I nearly passed out in my chair. I gasped to my husband, Call 911, and then the pain took over.

Within minutes the Northampton EMT’s were there from the firehouse. Just like on TV, exuding so much calm, competence, and confidence that I felt better just for their presence. Within four minutes I was in the local hospital emergency room. And then we waited. And waited. And waited. Finally I ended up being admitted to a room at four in the morning, with a tentative diagnosis of atypical heart attack. (Atypical: pain in the arms, not the chest). Two EKG’s, however, were normal. A test for elevated enzymes (you’ll have to Google it yourself), one during the night and one the next day, were both normal. Treadmill stress test — also normal. So I went home that afternoon without a firm diagnosis.

(A gloomy cardiologist who saw me before I was released warned that a simple treadmill stress test wasn’t sufficient to rule out heart disease in women: the nuclear stress test is the gold standard, he said. But I had all these normal numbers, so why borrow trouble? was my thought.)

Back home, a day and a half went by and then the arm pains returned. I began Googling Repetitive Stress Injury. (I spend a LOT of time on the computer.) Sure enough, symptoms of RSI are unpredictable episodes of intense pain. I saw my primary physician, who went over my hospital test results, and we both said, heart? Nah. Unlikely. All the numbers on all the diagnostic tests are normal! So I began physical therapy for a stress injury.

But nothing seemed to have any effect on those severe and unpredictable pains. Episodes kept coming, up to a dozen a day; at night it was impossible to lie down and sleep. I migrated with afghan and pillow to the sofa, but still couldn’t sleep. At last, ground down by pain, I went to the doctor again and said, I’m ready, I’ll take a nuclear stress test, anything to at least clear away that little bit of anxiety about it being the heart —

So we scheduled the nuclear stress test, and you can probably write the story from here yourselves. To my astonishment and dismay, I flunked. When I resisted the suggestion of cardiac catheterization to determine precisely what was going on (I’m good at resistance), the technician excused herself and came back with the interventional cardiologist (did you ever hear of such a thing? now you have) who simply sat there, an immovable force. I am concerned, he said. There is something wrong, he said. This must be done, he said. Tomorrow morning.

And such was the force of his gravitas that I agreed. Tomorrow it was, and before the day was done I had had a cardiac catheterization followed by an angioplasty and the insertion of a stent.

It turned out, you see, that I had a 95% blockage of the left anterior descending artery of my heart. To make that geography more understandable I’ll just pass on what my physician told me later: “In men we call that the Widow-maker.” With the placement of the stent, blood began flowing freely again through the artery and the pain (which turned out to be angina pain, not repetitive stress injury) was gone.

And now, the moral of this Valentine’s story: with “normal” numbers on enzymes, on EKG’s, on treadmill stress tests —this woman’s damaged heart didn’t register a problem. Nor did the arm pains. After all, they weren’t chest pains, right? Wrong.

Because when it comes to matters of the heart, in current medical practice normal is still male normal, not female normal! If you remember nothing else, remember this:

Pain in arms, jaw, back or shoulders, and fatigue are typical signs of heart attack in women.

So there’s my Valentine’s message to you, offered with a full and grateful heart, for the heart safety of all women of your acquaintance. Remember it, and pass it on!

(And my very special thanks and gratitude to everyone who left comments or sent emails of good wishes over the past weeks. You can’t know how much light and warmth you radiated in a dark time for me.)

72 Responses to MATTERS OF THE HEART: A Life and Death Valentine