Cakes and Ale — and Young People!

While I was lying awake at quarter to four this morning (a normal occurrence) a jingly poem leaped into my mind, and frolicked there for quite a while. I didn’t remember all of it, but I knew the ending for sure was “And King David wrote the Psalms.” So this morning when fully awake I Googled it, and here it is:

With many, many lady friends and many many wives;

But when old age crept over them, with many, many qualms,

(Here’s King David long after Bathsheba and his other ladies, in the throes of composing a psalm.)

I never knew the poem was actually written by anyone, but it was, and that someone turns out to be James Ball Naylor, a versifier and novelist of the turn of the 20th century. I knew for sure, however, that the poem came to me for a reason, and the reason is this: later today we — grandparents in our ‘seventies and ‘eighties — are expecting a weekend visit from two granddaughters, 22 and 21 respectively.

Some of you may remember them, a little younger, from this post: 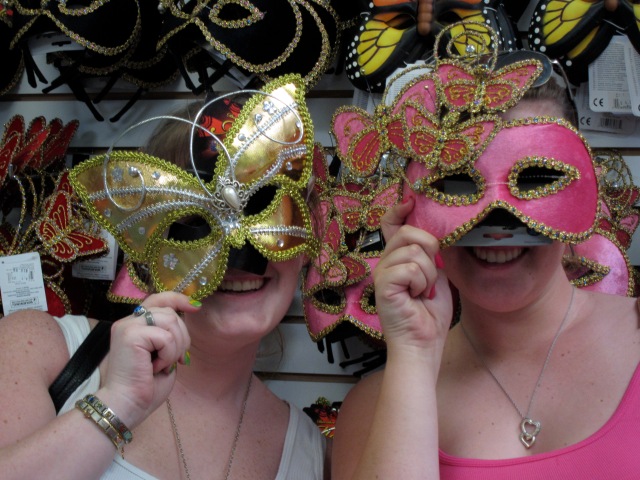 The elder of the two (and first-born grandchild) invented the title of Papat for The Hub. It was her approximation of Grandfather, and it so charmed him that he refused to hear of its ever being changed. It sounded like Grandpa, he said, in an obscure Central European language. I demanded my own equivalent, which turned out to be Pamma. To this day we are Papat and Pamma to all seven grandchildren.

The jingly poem diverted me in insomnia, but it came with a more profound mission than that. It seems to me there’s a moral attached to the poem, which is, that it’s easy to forget the follies and frivols and fads of our own youth, and look with a jaundiced eye on today’s young people. It’s easy to forget — and fatal.

Papat and I may be of an age where proverbs and psalms are appropriate, but we mustn’t, we oldies, forget the music and the dancing. We’ll remember to rejoice this weekend with our granddaughters, and take delight, not only in our nicknames, but in their exuberances and rejoicings.

Shakespeare always has a word, or a line, for any idea or occasion, and this is no exception:

Dost thou think, because thou art virtuous, there shall be no more cakes and ale?

Let’s hear it, then, for the cakes and the ale and the young people!

22 Responses to Cakes and Ale — and Young People!